The Connections Bus Project was initiated following the tragic deaths of three young people who lived in the villages of Histon, Impington and Girton. One of the parents involved decided she wanted to do something for the young people who spend time ‘hanging around’ on street corners and village greens in local communities.

The result of various discussions with interested parties was the idea of a mobile youth resource, with a longer term view to extending this to include the advancing the education and training of young people who perhaps don’t have the same opportunities as others. Those involved included youth workers, churches, parents, Community Education and Parish Councils as well as the young people. 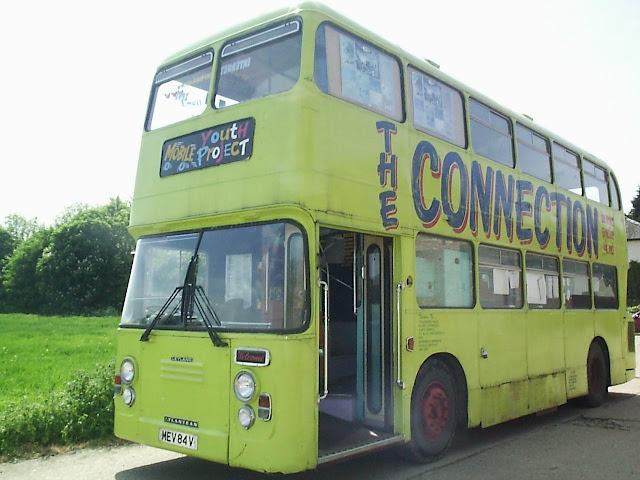 Eventually a bus was purchased (1993) through a gift by the parents of one of those killed, and renovated by young people and professionals who freely gave their time and resources. The whole process was overseen by Steve Whyatt and two community volunteers based at Histon Baptist Church.
In 1994 a Committee was elected and a Constitution was formed. The project gained charitable status in 1995, with three trustees. During this time the bus extended its services to surrounding villages, helped by increasing support from South Cambridgeshire District Council and Cambridgeshire County Council.

The project made a successful National Lottery bid in 1996 and with the funds was able to employ two full time youth workers (Judy Sweetman and Martin Croxon) and six part time youth workers. The project also expanded over the next few years to include schools work, XL groups, residentials, job skills weeks and detached youth work. Judy Sweetman left in 1999, and Martin Croxon took over as Project Manager. Sue Lester replaced Martin in 2002 and subsequently left a year later. 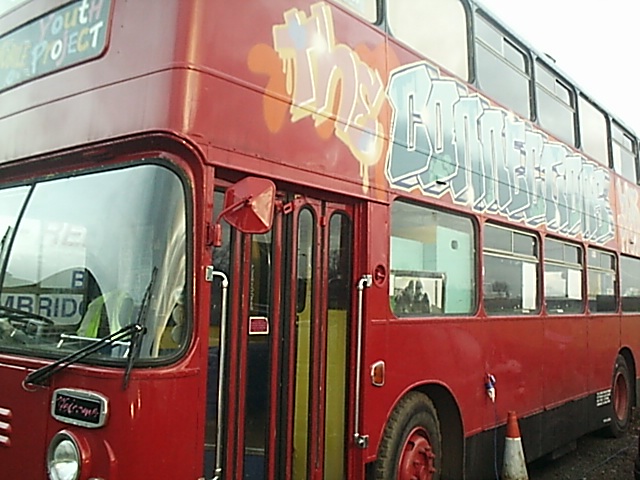 Buses do eventually wear out and in 1999 the project’s first bus (KON 316P) was beginning to look the worst for wear. Fortunately the project was able to secure funding for a new vehicle (MEV 84V) which was again converted by local professionals, staff, young people and volunteers, and on the road in 2000, allowing the project to continue its much needed and highly appreciated work.

2003 saw changes in the membership of the management committee and in the project’s full time staff. Adverts for a new Project Manager were initially unsuccessful but the trustees and one of the senior youth workers, Laura Fouracre (acting as temporary Project Manager) kept the project running and even managed to increase the village visits with the help and support of part time youth workers. Then in April 2004 Alan Webb was employed as Project Manager and the work started to pick up again. Over the next two years village visits increased to five a week and a pool of ten part time youth workers were employed plus three volunteer drivers. 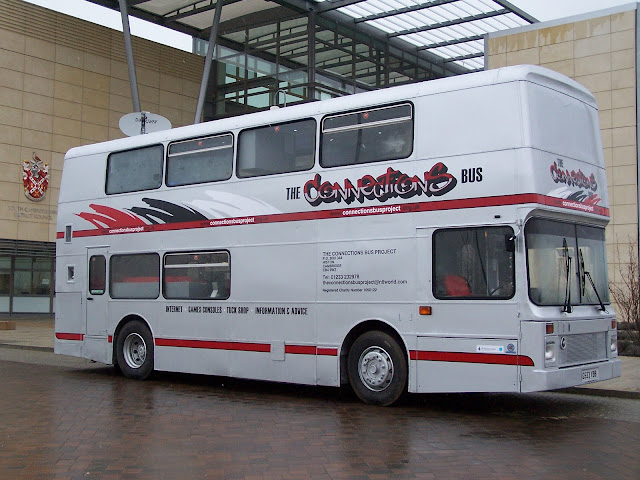 After two resprays , many internal changes and much loving care from Chris Nunn of WFL (the company responsible for the repair and maintenance of the bus) – MEV 84V was heading the same way as the first bus and funding was sought to replace it. The National Lottery was able to help through the Big Lottery Fund and provided funding for the purchase and conversion of a new vehicle. This was done by professional coachbuilders, South East Coachworks of Faversham in Kent, and the bus was equipped to a very high standard. The new bus went into service in February 2006.

In August 2008 Sam Crump joined the staff (funded by the Rank Foundation) as Youth Development Worker and alongside studying for a degree in Informal Education, is improving the opportunities available to the young people. The project has also attracted funding from three local authorities, firstly with the award by Cambridgeshire Council County of the contract for Rural Youth Work Support in South Cambridgeshire and secondly joint funding from South Cambridgeshire District Council and Cambridge City Council to provide a second bus operating in South Cambs and Cambridge City.

The second bus arrived in November 2009 after an excellent conversion by Qualiti Coachbuilding in Southampton and is now up and running in additional villages. Also during 2009 the project supported a local community (Orwell) in starting its own building based youth club, a model that is hoped will be taken up in other communities.

Summer 2010 was a disappointing time for staff and trustees when central government money allocated to cover running costs for the new bus, were cut. The charity reacted quickly and was able to keep the second bus in use but the planned increase in the number of venues was no longer possible.

After a difficult year with a large portion of external funding being cut, in April 2013 it was necessary to reduce the charities services to just running one youth bus and charging a higher fee to the Parish Councils where the charity is operating. This was leading up to the end of Sam Crump’s (Youth Development Worker) contract coming to an end in the summer of 2013.

The AGM in 2013 so the retirement of Paul Manser as chair of the trustees. His service over ten years helped the charity become more focussed and professional than ever before. The new Chair, Andrew Smith came with a back ground in careers advice and army cadets.

After a few years of consolidating and cuts across youth work services, the charity saw an increased interest in it’s services particularly in support for building based youth clubs. In 2017 we took on a contract to provide youth services in Histon & Impington which included the recruitment of staff from the Parish Council. One of which was Andrea Cowley, who joined the project as Assistant Manager (Youth Clubs) and brought with her a number of courses for young people that we plan to offer across the county.

In 2018 the trustees made the decision to change the charity to a charitable incorporated organisation allowing for greater protection for trustees and employees, and a more up to date constitution. This meant the change of the charity number to 1168343. Later in the year came the start of a new piece of work funded by the Department for Education via Cambridgeshire County Council. This project involved running 3 generation game courses a term for 2 years over the East Cambridgeshire and Fenland area and the use of one of our youth buses from Easter to October 2019.

This website uses cookies to improve your experience while you navigate through the website. Out of these, the cookies that are categorized as necessary are stored on your browser as they are essential for the working of basic functionalities of the website. We also use third-party cookies that help us analyze and understand how you use this website. These cookies will be stored in your browser only with your consent. You also have the option to opt-out of these cookies. But opting out of some of these cookies may affect your browsing experience.
Necessary Always Enabled

Any cookies that may not be particularly necessary for the website to function and is used specifically to collect user personal data via analytics, ads, other embedded contents are termed as non-necessary cookies. It is mandatory to procure user consent prior to running these cookies on your website.